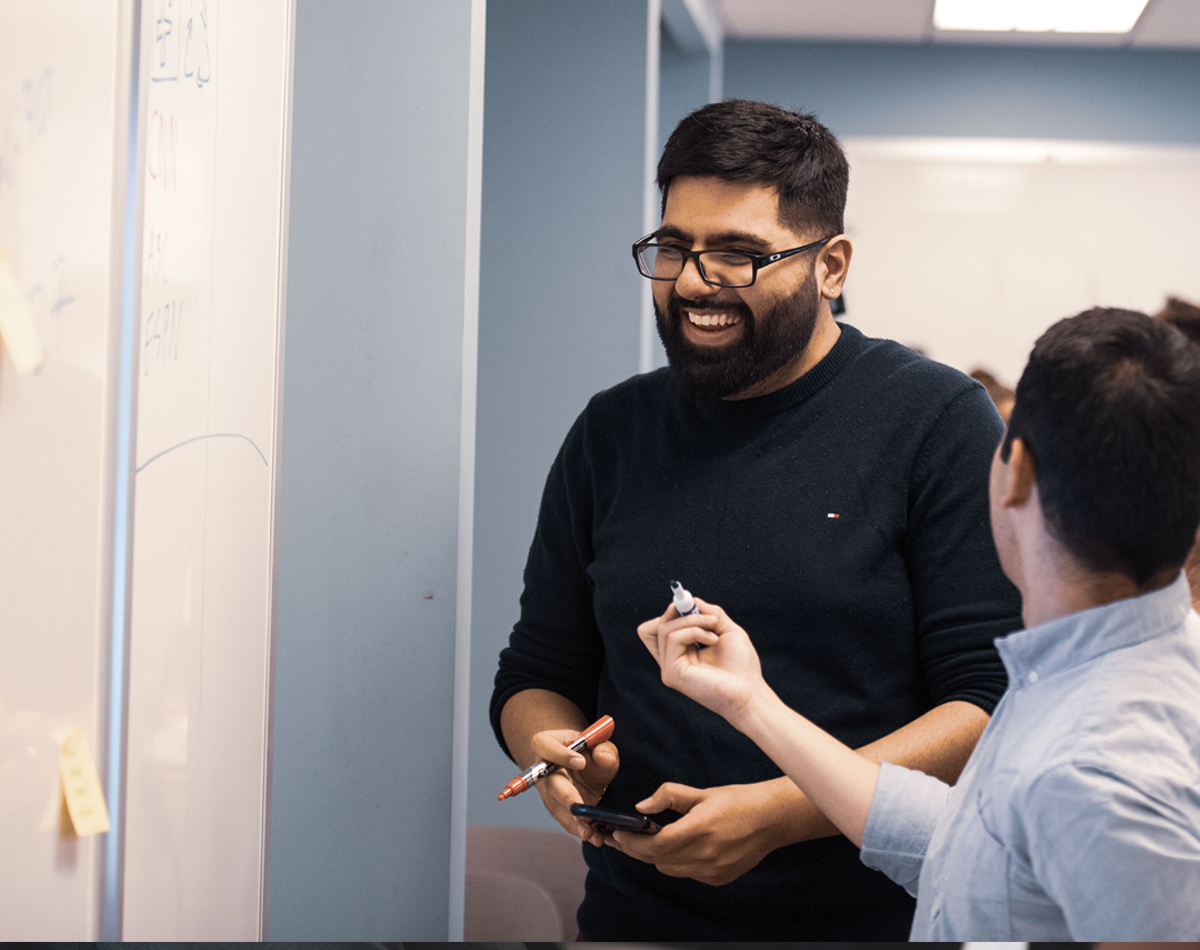 Coming into the MBA Sustainable Business Practices program at Duquesne University, I was pretty confident, knowing the area, University, as well as some of the faculty, having done my undergrad at Duquesne where I majored in Finance. However, being two years removed from the academic setting, there will be an adjustment period as we begin our curriculum. I moved into a house in the Southside of Pittsburgh just last weekend with three other members of the cohort: Hayato, Connor and Luke. I am grateful that Jeff, the school’s Director of Admissions and Enrollment, introduced us back in March! I’m thinking that living with others that are going through the same program will allow us to bounce ideas off of each other in the consulting projects and will be great studying resources throughout the year.

Dr. Sroufe followed up the simulation by speaking on sustainability efforts by the City of Pittsburgh and himself as well. The cohort was in awe of what he has been able to accomplish by fitting his home with solar panels, creating enough energy to run his house, and managing all of his data while doing so.  We are all very excited to learn from him throughout the next eleven months.

Our afternoon session consisted of a Design Thinking session facilitated by Dr. Ciletti. We began by learning and working to identify the differences between observations and insights. Our teams were given two individuals and a booklet of their habits, and we had to come up with a listing of operations and insights for each. We then moved into a collaborative brainstorming session to come up with ideas that would help citizens in a city in California improve sustainability habits. Our group ultimately decided to suggest an app designed and developed by the city of Los Verdes to connect people to buy and sell used items. This app also advertises the quarterly community yard sale that will rotate between different areas within the city and create an event to teach community members about healthy sustainable efforts.

The fourth day was the last day of our orientation week, and I can see the cohort is already beginning to come together. The engagement level between groups is much higher and some of us are getting together outside of the classroom just to hang out. The next eleven months will sure be challenging, but I can already see how many individual improvements we are going to make alongside the positive impact we will be creating once this program is finished.